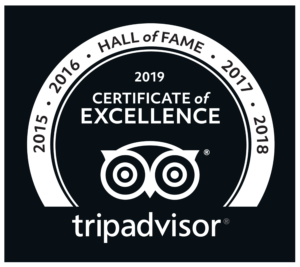 Crags Adventures is a small family run business based in the Lake District. We feel very honoured and very proud to have been rated the “No.1 Outdoor Activity Company” in the whole of the United Kingdom on TripAdvisor by our fantastic customers.

I guarantee we wont be beaten on quality. Our kit is the best on the market. No-one in the Lake District offers a thicker or warmer wetsuit than us – some don’t even offer a wetsuit! We have many ghyll scrambling and canyoning locations to choose from including some routes that are exclusive to our company.   Come and make some memories with us. 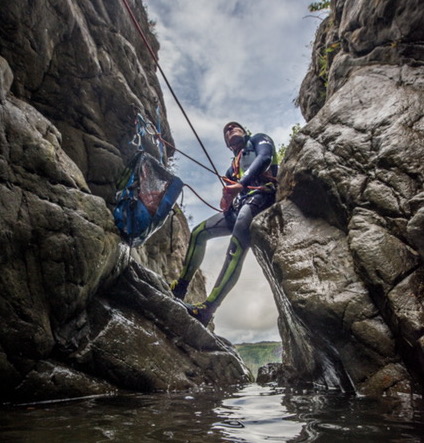 Craig is originally from a canny little place in the good old North East of England called Tantobie. He leads all the sessions at Crags Adventures.

He was always climbing trees or jumping in a river as a boy and has never really progressed any further than this as an adult – and never plans to either.

He spends all his free time doing exactly what he does at “work” and has done canyoning and climbing throughout Europe. He also loves caving, mountain biking and paddling across the lakes to islands and secluded bays to sleep under the stars .

As well as his mountaineering qualifications he is also one of a very small percentage of people in the UK to have “canyoning specific” guiding qualifications as well as being on (and attaining) the UK’s first ever “canyon specific” rescue course so you can be sure you are in safe hands. 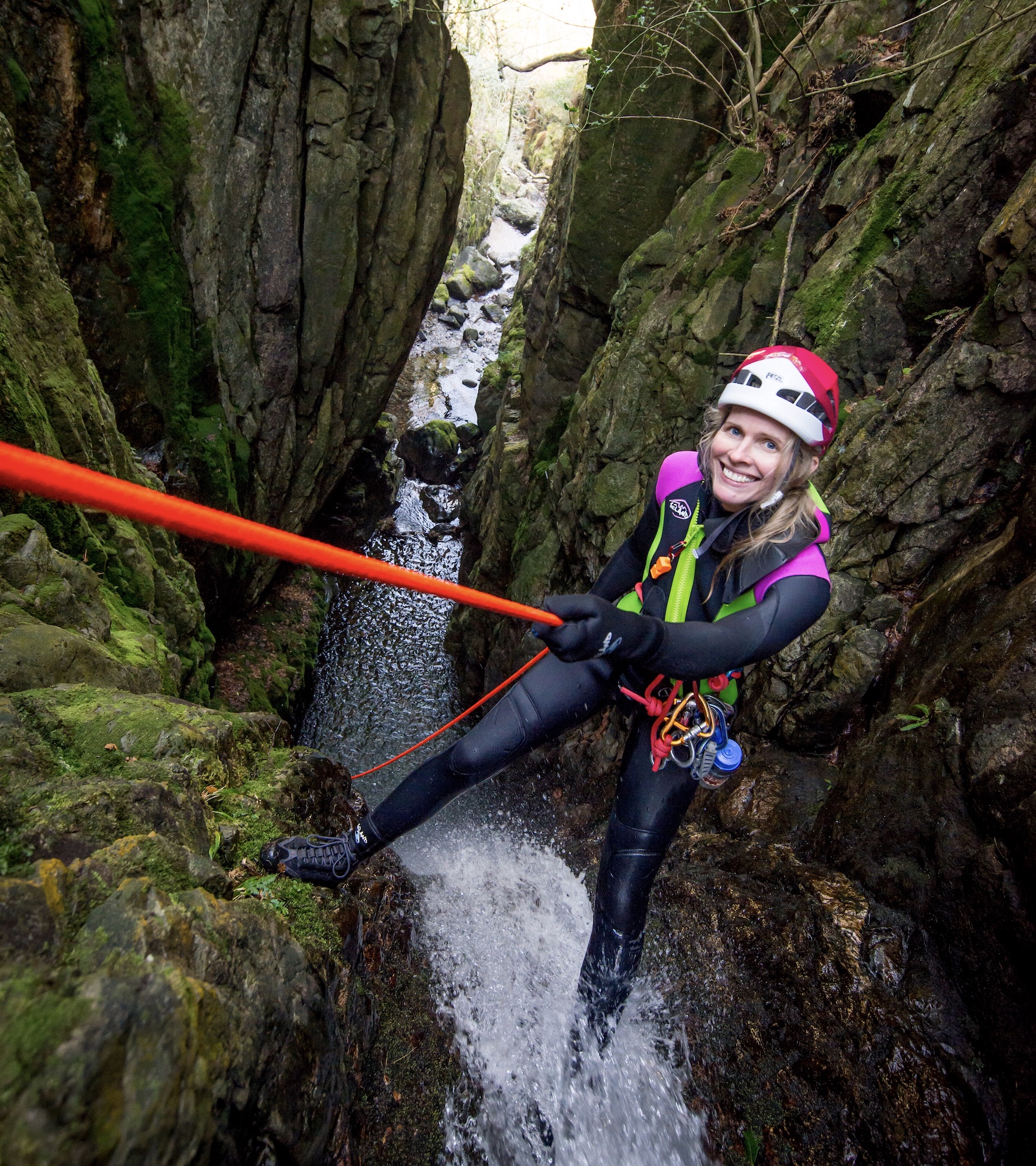 Vickie is a Whitley Bay lass and the brains of the operation. Without Vickie organising things the business would just fall apart at the seams. As well as all the “businessy” stuff she also helps run the sessions from time to time.

She loves walking our dog Bear (no he’s not named after him). If there was a fire his rescue would be a higher priority than both Craig and the kids…..seriously, I am not joking! She loves riding her bike, climbing and canyoning. She also loves paddling to secluded parts of the lakes to sleep under the stars and has been known to venture down a cave or two. She has climbed throughout the UK and Europe.

Vickie is a qualified outdoor first aider and a very experienced and competent pair of hands. 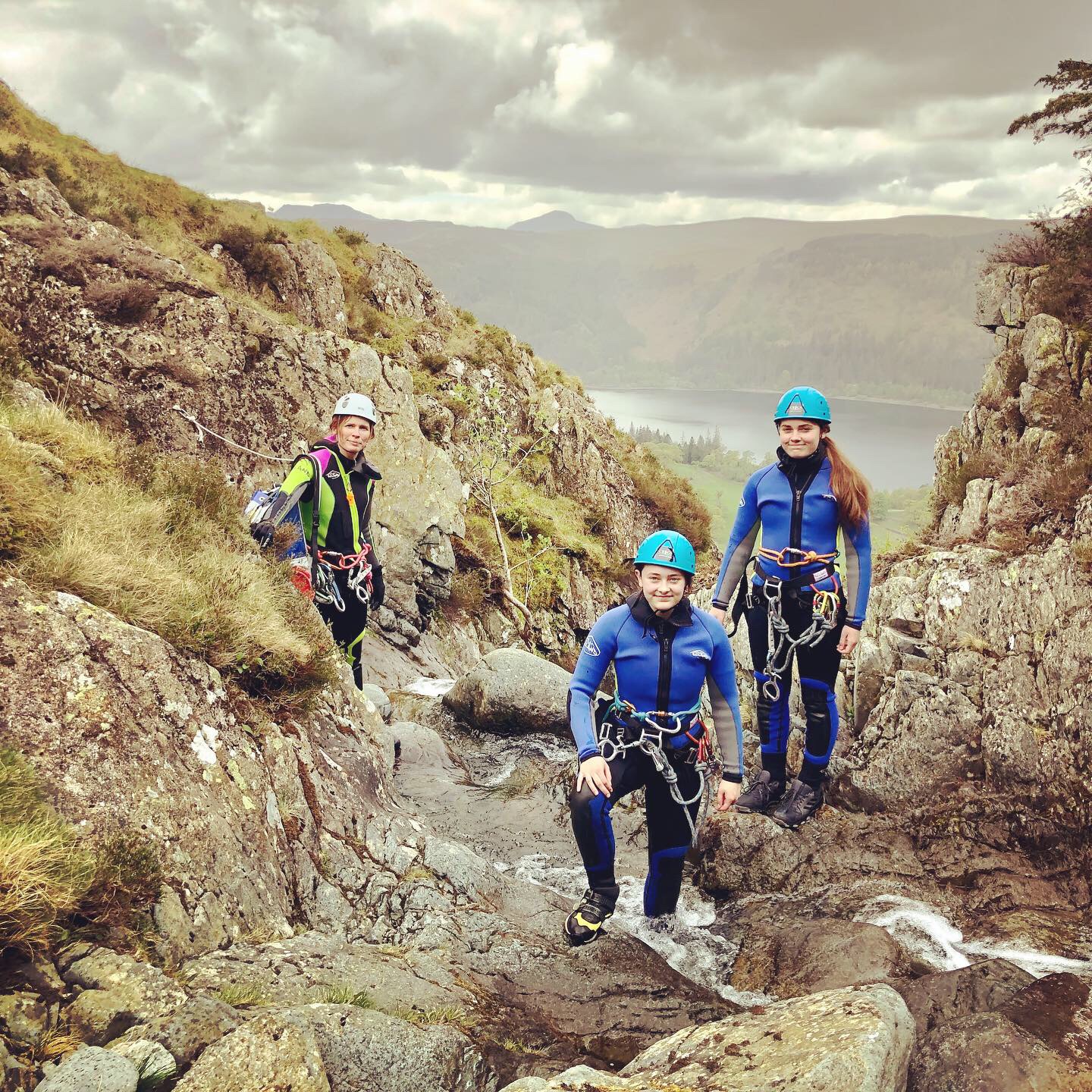 They used to actually be good fun but now they are “that age” and just spend most of their free time sleeping, scrolling, eating and generally feeling like the world is just so unfair. Here they are actually outside in actual fresh air almost smiling.

The eldest has been known to help out with Crags Adventures sessions from time to time and even did a spot of work experience with us but has moved on to bigger and better things. Maybe the youngest will take over in the future. You never know. Keep it in the family. 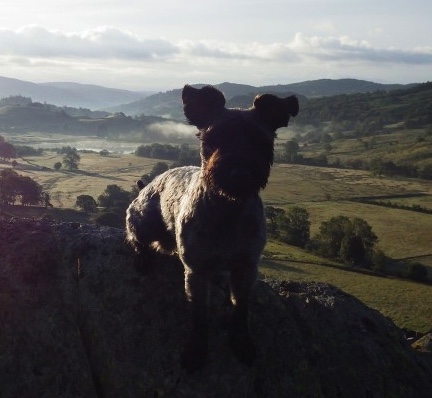 Bear loves to run and bark. Sometimes he does both of these together. He would love to come out to meet the Crags Adventurers but he’s not keen on water and would probably give everyone a headache!